A downloadable thing for Windows, macOS, and Linux

gameplay demo of a game I've been working on. still very early in development, so it's just a sandbox at the moment. also half the things here are placeholders and will be updated in the future. more graphics settings also coming soon, since the post processing is a little taxing on laptops and such.

Controls are WASD to move, space to jump. You can wall run by touching walls while in the air. Mouse to aim, left click to shoot, R key to reload, 1 2 and 3 keys switch weapons, F key to punch, right click to fire rocket, left shift to dash, left control to stop time. Press ESC to go back to main menu.

Also, there are two versions of the game, 0.3 and 0.3.1. Version 0.3.1 has major performance and bug fixes and I highly recommend downloading it instead of 0.3. However, it also an experimental white color scheme, which is why I've left version 0.3 available, for those that prefer the black and purple and have beefier computers that can handle the performance requirements of that version. Also I accidentally built the 0.3.1 Windows version as 64 bit, so if you have a 32 bit system you'll only be able to run version 0.3. Future versions will be in 32 bit though.

unzip the .zip file and run 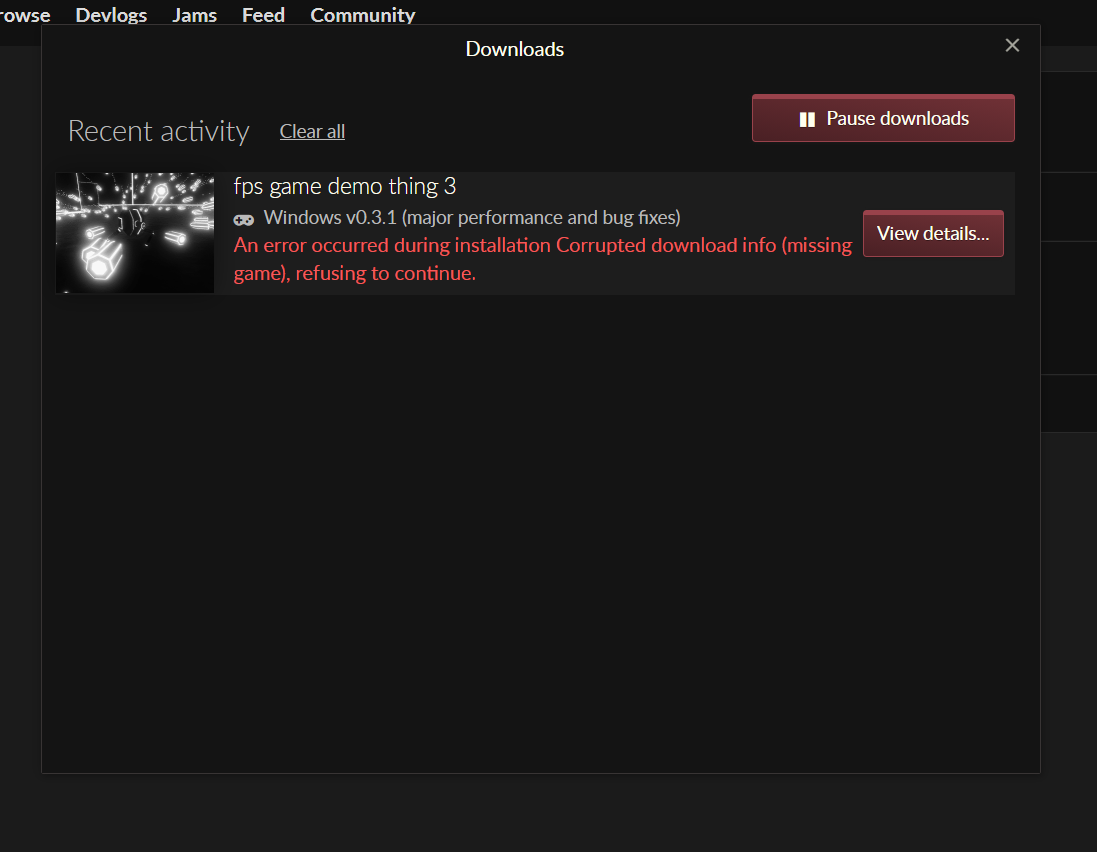 i did and it didnt work

Did you unziped the file

This game is great!

Well this game is cool but why is the glory kill not 1shoting? You punch and then the enemie can shoot twice at you!

a very satisfying gameplay loop could fit in here really well, good work on this mate!

I absolutely loved the demo! Everything feels so smooth and plays so well! When you said some of the mechanics were inspired by Titanfall I knew I had to play it, because I absolutely love that game! I can't wait to some day play the full game!

Steven, we need crouching, with like "C" or something. Why has no one mentioned this yet?

please make it so you can switch your weapon when reloading instead of being stuck with it until it reloads, destroys the pace of the game

Shooting enemy's cant shoot if you go to high.

Hey its cool though

It is, don't get me wrong, but the thing is that you might be able to clip outside of the map and deming level design useless.

If he just buffs the damage of it it would fix it, without making it impossible.

Hey Steven, I can design stuff and make some music, I honestly just really want to contribute to this game.

Ha, no way. this is his game, I just wanna help.

put the red light in the arena and the start green light pls.also add some ammo box scattered and randomly generated.add icons near the bullet counter.cylinder icon for shell(shotgun),pointed bullet icon for rifle bullet, and the rounded bullet icon for the pistol.add chest to collect more guns, add more guns like submachine gun, some sound effects for the opening ammo boxes and chests, name it cyber arena, make a submachine gun.i know it's a lot a add-ons, but it will finish ur game.if you want u can partner up with me to 3D model.

Really like how it plays. One thing I would suggest is for the finger rocket to make it do it with the other hand so you can still have the gun out, this way you can combo it. So like if your spraying with an AR you can right click to fire it with the other arm while still shooting for some great combos. The punch will be bugged so to fix this just disable punching during the gap of shooting the rocket. Also do the same with punching, gun is still out and it does it with the other hand, and disable finger rockets while you are in mid punch. This will allow to always have a gun and an ability at all times, just like in DOOM Eternal where you can shoot while having a flamethrower.

I think you can just turn on vsync.

Actually, it works on regular walls too.

You can infinitely slide on a wall if you walk into the wall and no-jump rocket boost.

thats the funne tho

is this game still in develpment? i like what i am playing.

also is there a way to change the color scheme i can see a purple on but there is no option for it.

can you bunny hop in this game because I speedrun portal and other games and b hopping is the most fun part of any run. it is skill based and if this is going to b singleplayer then having the option of learning or not is fun. ps. the parkour is the most fun part...

I've noticed that sometimes when you punch a crab buddy in a time stop, you get shot into the air

Great game so far! You can climb up walls by walking into them and spamming space, and the game is generally very generous in when you can run on walls, meaning that you can run along one wall for ever (i think).

You can clip through the floor if you punch lower legs, but awesome game otherwise!

Dude this game is EPIC like you :3 PD: Please dont add Portal Gun

7.8, need to update the menu and make more graphics options

Might not be seen but i have a few minor nitpicks- 1. A cylinder spinning sound when the player reloads the revolver and actually spins the cylinder would be nice. 2. A reverse y-axis look setting? 3. i think ambient weapon interaction animations could looks pretty cool. Other than that, i absolutely love this game!

I really like the game and i'm excited for your next dev note but could you make the enemies projectiles more dodgeable and then make it so that people can die.

there should be enemies which are extremely slow and strong, but when you freeze time, they become fast but are still really strong.

can u make a deb linux file too.... thats what linux im on... also great game

You should make a setting that lets you change in-between the black and purple or the white and yellowish gold.

cant wait for the patch with knifes

Reply
The mighty pendrive15 days ago

Dude, this game is absolutely amazing. I played one of the older betas a long time ago for about 2 hours straight with "The only thing they fear is you" Playing in the background and didnt get bored. love your work man, keep it up!

This may have been fixed, but I'm sharing it anyway. If you hold forward  or backward on a wall you go higher.

i found it out too by my self i used it ._. shame on me i used it to go on the pillers and hide from enemy

possibly the greatest concept of an fps game. the power and satisfaction of fast paced power is what encourages people to love the game, and ways to incorporate skill to complete hard obstacles is a next step, since the enemy projectiles are pin point on the player and small, meaning you would HAVE to take cover in a game that encourages you to dive in on your enemies. the wall climbing is a great implication to a game, easy to avoid enemies and gets you high ground fair and square and can even boost you higher for platforms. but that's the problem, the boost isn't limited, and you can infinitely do in, making it so you never have to come down at all. another thing which is a bug i guess is the enemy collision. not with bullets on enemies, no, the titans as i like to call them are made of certain shapes to represent an in development hitbox, but the way that their made, if they hit another titan they can collide and get their body pieces stuck inside eachother, forcing them to be stuck to eachother and their ai trying to walk at you only just stumbles on eachothers feet. but the way you have the pieces fall off are genius and innovative to allowing devs to have a way to easily make a dev model interaction simulating body parts falling off on the model: like doom eternal where parts fall off on shots. its great fun, neat to play around with, and a wonderful vision. but like youve probably heard more times than you need to,

take it as a compliment. we crave more because we like it . 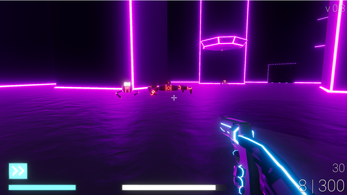 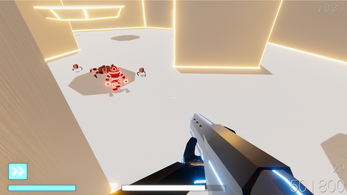